On 16 September 2018, employees from AccorHotels, Eqiom, FSEF, Galeries Lafayette, PMU, Paris 2024 and Systra ran all together for the first time in a disability awareness project under the patronage of Sophie Cluzel, Secretary of State in charge of people with disabilities in France.

Almost 300 runners, organized in mixed teams of women and men, some of whom with disabilities, completed a 5 kilometer run followed by 3 additional mystery trials.
At the end of the race, a cheque for EUR 12,000 was presented to the Comme les autres association to partly finance their projects aimed at supporting disabled people who have been involved in major accidents. 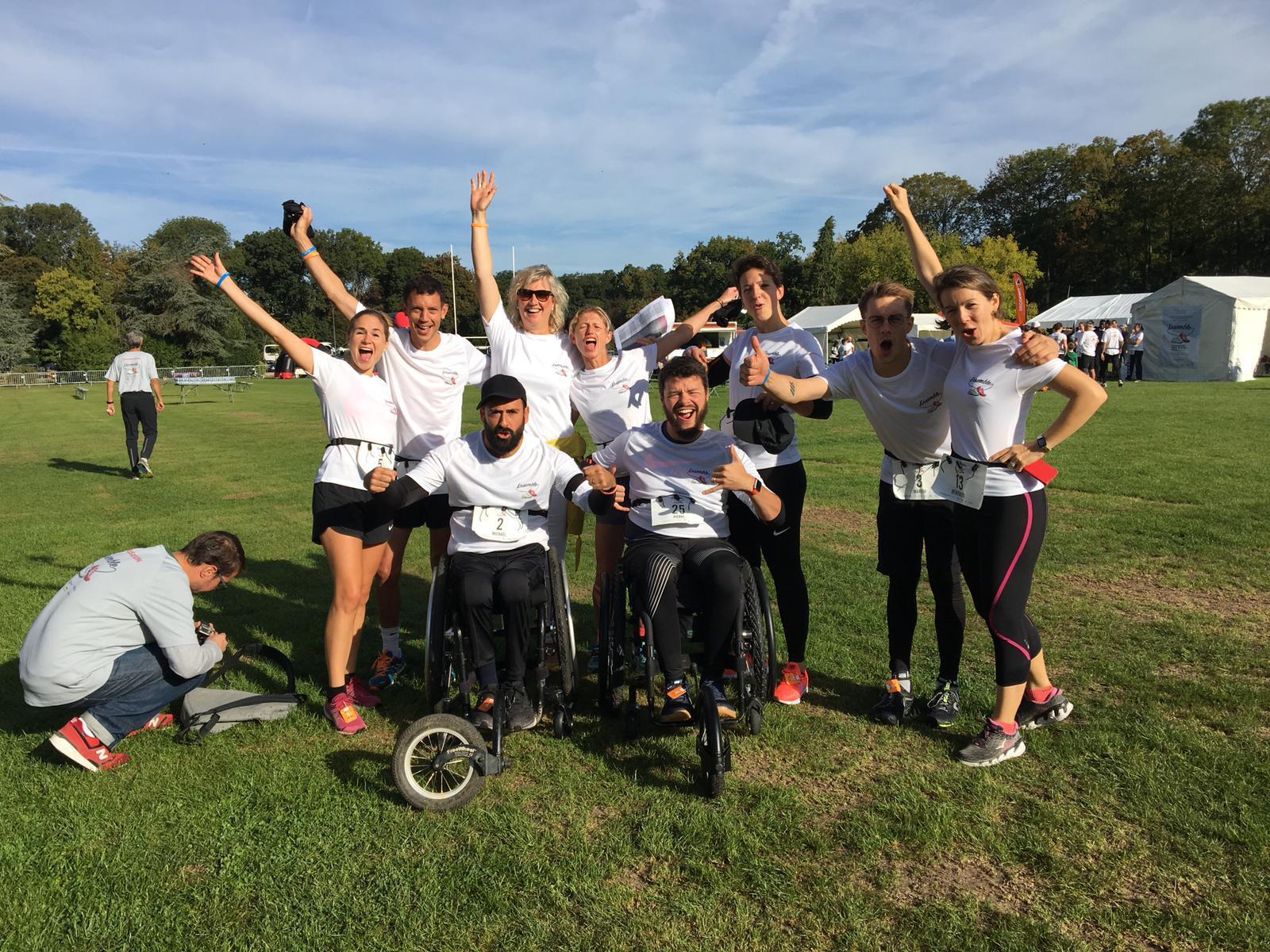