Sodexo UK&I was selected to feature in a national advertising campaign being run by the UK Department for Work and Pensions (DWP) to promote and encourage organisations to undertake the disability accreditation scheme.

Sodexo was chosen as an as an example of a company that endorses the benefits of Disability Confident Leader status, an accreditation scheme to assist organisations in attracting and retaining people with disabilities.

Find out more about the campaign 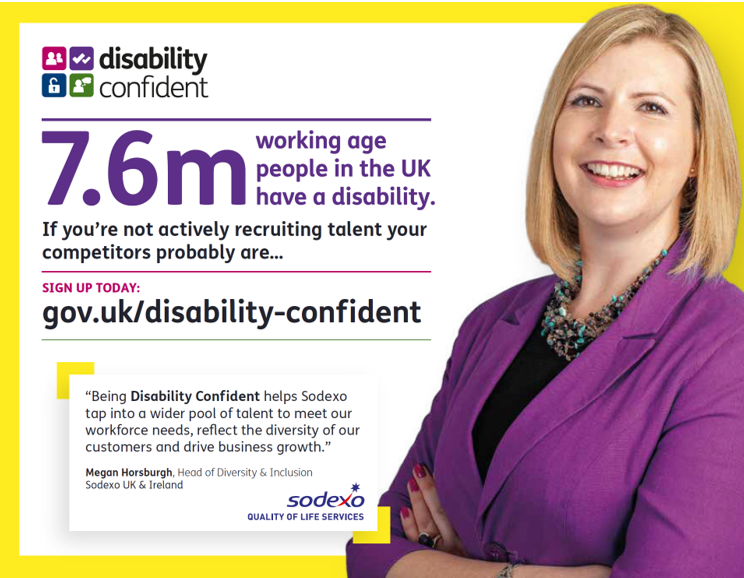